The United States Mint will recognize the 50th anniversary of the historic first moon landing in 2019 by striking domed coins bearing an iconic image from the Apollo 11 mission. The commemorative coins will be sold to the public to cover minting cost and to benefit three non-profit organizations including the Astronaut Scholarship Foundation. 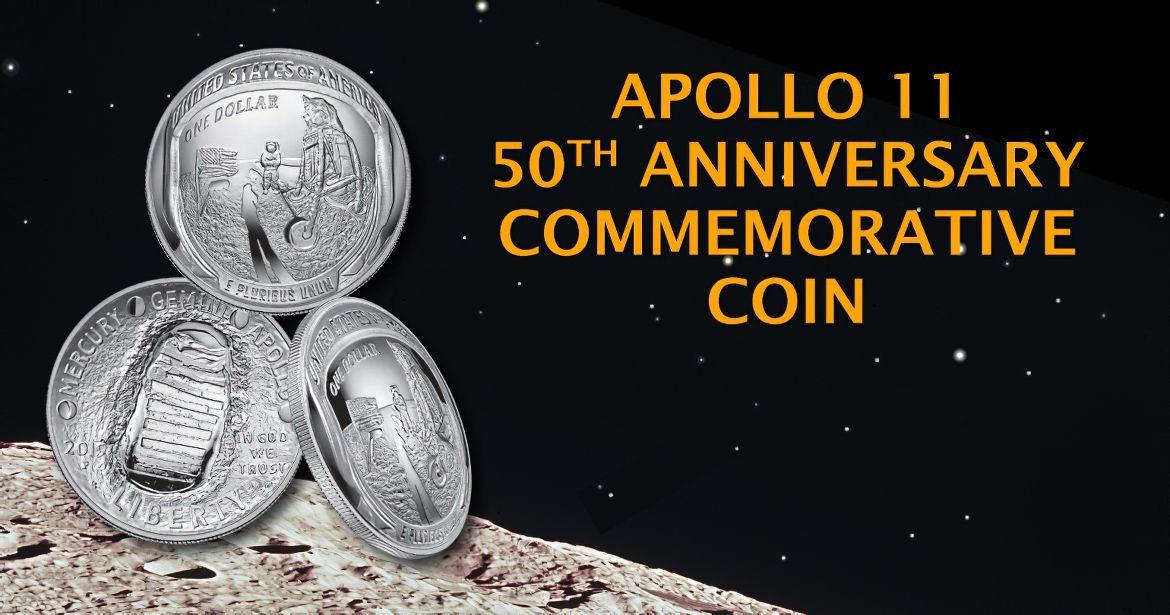 About the Apollo 11 Commemorative Coin

On July 20, 1969, the entire world stopped to watch with wonder and awe as a decade-long vision came true – the U.S. became the first and only nation to put a man on the Moon. In 2019, the U.S. Mint will celebrate the 50th anniversary of the historic Apollo 11 mission by producing and selling commemorative coins. Half of the coins’ surcharges are authorized to be paid to the Smithsonian National Air and Space Museum’s “Destination Moon” exhibit; one quarter to the Astronauts Memorial Foundation; and one quarter to the Astronaut Scholarship Foundation. The one-fourth of the coin surcharges will directly benefit the Astronaut Scholarship Foundation as long as the foundation raises matching funds. Join in our fundraising efforts by donating to the On the Shoulder of Giants Campaign. 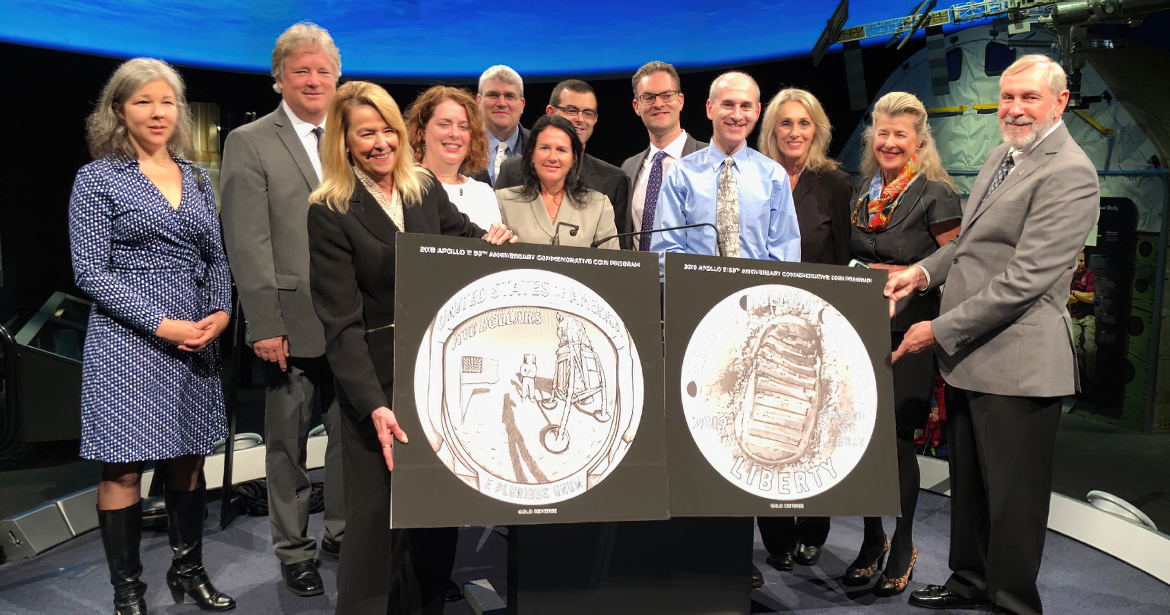 The U.S. Mint will produce the following commemorative coins, according to the legislation to celebrate this monumental moment in U.S. history:

Not more than 750,000 half-dollar coins which shall

weigh 11.34 grams,
be struck on a planchet having a diameter of 1.205 inches, and
be minted to the specifications for half-dollar coins contained in section 5112(b) of title 31, U.S. Code.
Surcharge of $5 per coin.

weigh 5 ounces,
be struck on a planchet having a diameter of 3 inches, and
contain .999 fine silver.
Surcharge of $50 per coin.