Curt Brown,
Board of Directors Chairman 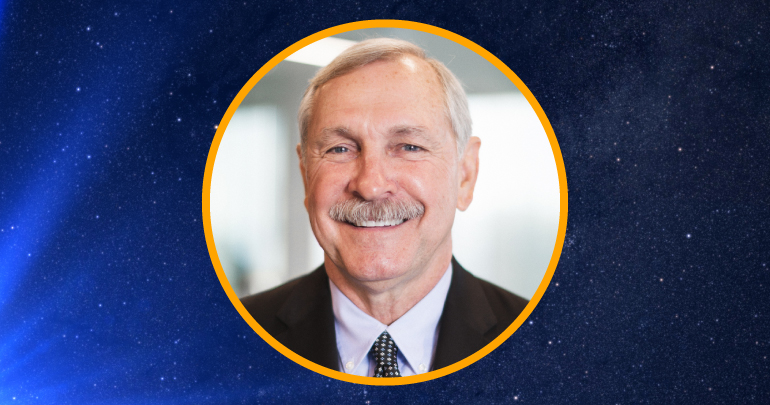 Astronaut Curt Brown is a retired United States Air Force colonel. Brown, a veteran of six spaceflights, began his career with NASA in 1987 as a pilot and has logged more than 1,383 hours in space. Brown’s missions aboard the space shuttle include STS-47, STS-66, STS-77, STS-85, STS-95 and STS-103.

Brown served as pilot on his first spaceflight in 1992 aboard space shuttle Endeavour. The STS-47 Spacelab-J mission was an eight-day cooperative research mission between the United States and Japan focused on experiments in life and material sciences.

Serving as pilot again aboard space shuttle Atlantis on STS-66 in November 1994, Brown assisted the crew as it performed an Atmospheric Laboratory for Applications and Science-3 (ATLAS-3) mission to determine the Earth’s energy balance and atmospheric change over an 11-year solar cycle.

Brown’s missions into space include numerous scientific achievements. On STS-77, his third time as pilot, Brown assisted the crew aboard space shuttle Endeavour as it performed a record number of rendezvous sequences, including the deployment and retrieval of a Spartan satellite, which carried the Inflatable Antenna Experiment designed to test the concept of large inflatable space structures. A small Satellite Test Unit was also deployed to test the concept of self-stabilization by using aerodynamic forces and magnetic damping.

Brown commanded a 12-day mission aboard space shuttle Discovery on his fourth spaceflight in August 1997. The focus of STS-85 was to deploy and retrieve the CRISTA-SPAS payload operated by the Japanese Manipulator Flight Demonstration (MFD) robotic arm. This satellite allowed the crew the study changes in the Earth’s atmosphere and test technology destined for use on the International Space Station.

In the fall of 1998, Brown was commander of Discovery when Senator John Glenn returned to space on STS-95. The crew supported a variety of research payloads including deployment of the Hubble Space Telescope Orbital Systems Test Platform. A year later, Brown commanded Discovery on STS-103. The focus of this mission was to install new instruments and upgraded systems on the Hubble Space Telescope.

Brown was inducted into the U.S. Astronaut Hall of Fame on April 19, 2013. He currently serves as Chairman of the Astronaut Scholarship Foundation’s Board of Directors.