Patrick T. Biltgen, Ph.D., was named the first winner of the Neil Armstrong Award of Excellence. The award is named for the pioneering astronaut and recognizes an individual who best exemplifies the personal character and professional achievement of Armstrong and his astronaut colleagues.The award is presented to a former Astronaut Scholarship Foundation (ASF) scholar whose research and work has had a positive impact on the industry and who embodies a passion for expanding the boundaries of exploration through science and technology. 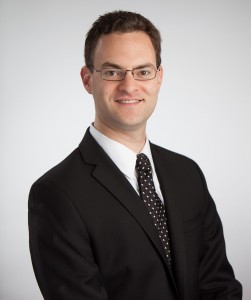 “Dr. Biltgen represents the best qualities of our Astronaut Scholars, not only achieving professional excellence but for his commitment to mentor students and young engineers,” said Curt Brown, ASF Chairman of the Board. “He was selected from an impressive pool of candidates and we are gratified to see Patrick, and so many of our former scholars, continuing the passion for exploration and scientific excellence.”

Biltgen, who was named an Astronaut Scholar in 2001 while a student at Georgia Tech, is currently the Director of Analytics for Vencore, Inc., a firm based in Chantilly, Va., that provides high impact, mission-critical information solutions, engineering and analytics for the U.S. Government. His innovative methods for data integration and analysis resulted in pioneering work on the discipline of Activity-Based Intelligence (ABI). That work has benefitted the nation’s military and intelligence communities by locating and identifying explosive caches used to manufacture improvised explosive devices (IEDs). ABI was credited with saving the lives of dozens of soldiers.

While the primary beneficiaries of this achievement included the military and intelligence communities, Biltgen’s work also has been used to great effect for humanitarian purposes to include documenting treaty violations and monitoring of relief efforts in the Middle East. Biltgen’s work and expertise is in great demand from civil and governmental organizations across the globe.

“I am grateful to the Astronaut Scholarship Foundation for providing life-long opportunities and experiences to advance my engineering education,” Biltgen said. “I am also deeply honored to be recognized by ASF and thankful to the Armstrong family for launching this award. Neil Armstrong is the ultimate example of a passionate engineer and innovator who never stopped reaching for the stars.”

Biltgen formally will be presented with the award at the Innovators Gala to be held Sept. 16, 2017, at the JW Marriott in Washington, D.C. The Neil Armstrong Award of Excellence was established in 2016 through a partnership with the Purdue Research Foundation, the Armstrong Family and Neil Armstrong’s friend, Jim Hays. The award pays tribute to the legacy of Armstrong and his fellow space explorers in the Mercury, Gemini, Apollo, Skylab, Space Shuttle and International Space Station programs. Managed by the Astronaut Scholarship Foundation, the award honors that legacy while inspiring future generations to embrace science and technology. The Astronaut Scholarship Foundation was created by the surviving Mercury astronauts and their families, a mission that has been embraced by today’s astronauts, to reward the best and brightest university students in science and technology.