Richard F. Gordon Jr., a naval aviator who later became one of only 24 astronauts to fly to the moon before trading in his wings entirely to become an executive of the New Orleans Saints franchise and other companies, died Monday, November 6, 2017 in his home in California, according to family and friends. He was 88 years old.

Richard Francis “Dick” Gordon, Jr. was born on Oct. 5, 1929 in Seattle. He graduated from the University of Washington in 1951 with a degree in chemistry. Two years later, he became a naval aviator and served as a test pilot and instructor for several years logging 3,500 hours in a jet aircraft. Then, the opportunity to join NASA presented itself in 1963 when he was chosen among 14 astronauts that comprised Group 3, including Edwin Eugene “Buzz” Aldrin Jr.   Four astronauts died in training accidents before any left the atmosphere. The surviving 10 astronauts flew in the Apollo program.

“Dick Gordon is an American hero, and a true renaissance man by any measure. He was an American naval officer and aviator, chemist, test pilot, NASA astronaut, professional football executive, oil and gas executive and generous contributor to worthy causes,” said Curt Brown, board chairman of the Orlando-based Astronaut Scholarship Foundation and an astronaut and veteran of six space flights. “He was in a category all his own.”

With more than 4,500 total flying hours in the U.S. Navy, Gordon took the reins of his first space flight in September 1966 as pilot of Gemini 11. Three years later, he was the command module pilot for the Apollo 12 mission. In all, Gordon spent 13 days in space, and his expeditions were portrayed by actor Tom Verica in the 1998 HBO miniseries, From the Earth to the Moon. Gordon, a voracious reader and chemist, also published several technical papers for the Navy and NASA before retiring from both in 1972 at the rank of captain. He was inducted into the United States Astronaut Hall of Fame at Kennedy Space Center, Florida in 1993. 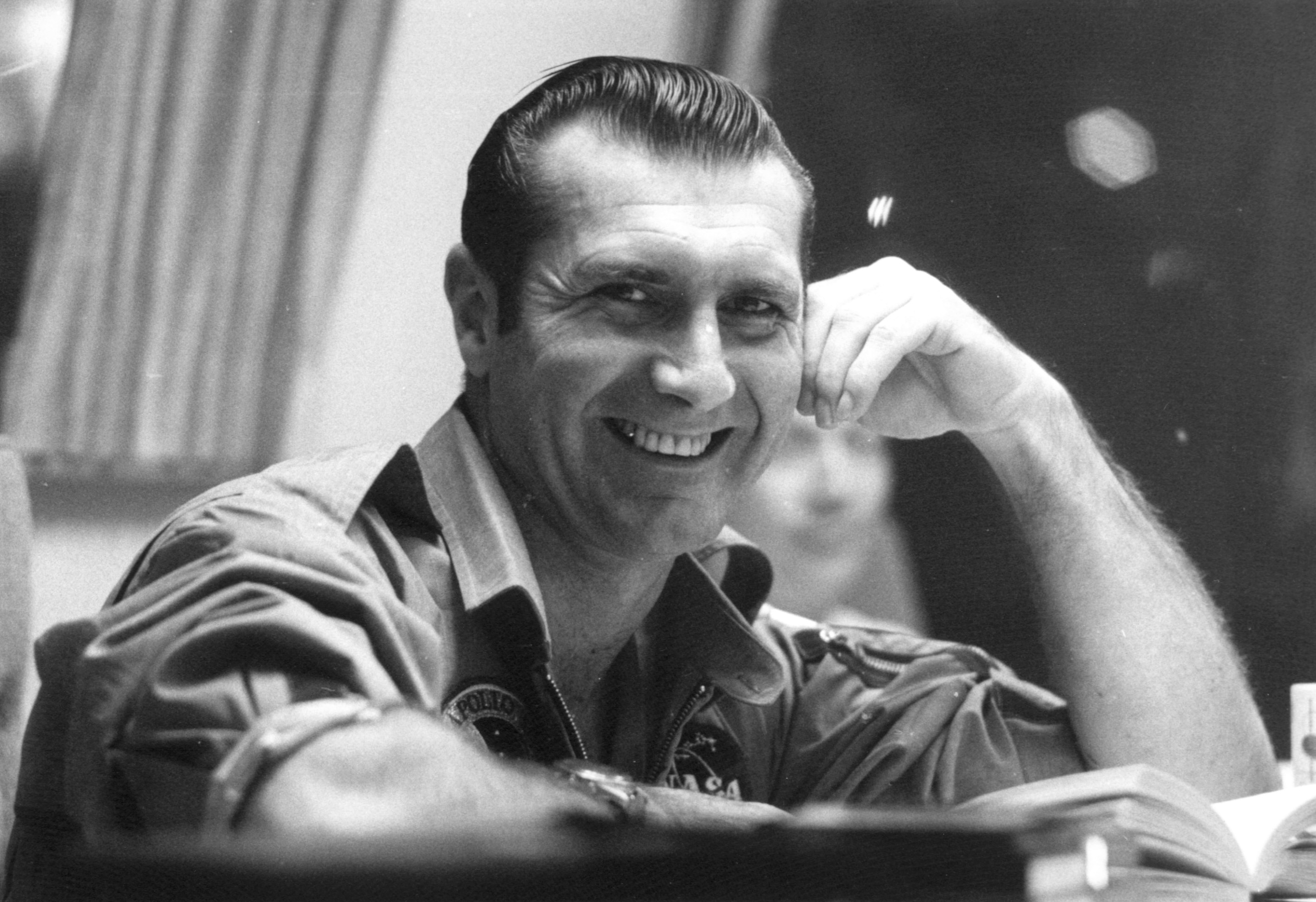 Gordon’s life outside the flying circles was no less remarkable. From 1972-1976, he served as executive vice president of the New Orleans Saints under previous owner John W. Mecom, Jr. He would spend the next decade as an executive for several companies in the oil and gas industry. In 1984, he served as technical advisor for the CBS miniseries, Space.

Gordon used his fame to help causes he cared about. He served as Chairman and Director of several philanthropic groups, including the Louisiana Heart Fund, the March of Dimes (Mother’s March), the Muscular Dystrophy Association, the Boy Scouts of America and Boys’ Club of Greater New Orleans as well as a member of the Board of Directors for the Astronaut Scholarship Foundation for many years.

Gordon is survived by six children, Carleen, Richard, Lawrence, Thomas, James, and Diane from his first wife, Barbara, who died in 2012. In addition, he has two stepchildren, Traci and Christopher, from his wife, Linda, who died September 2017. He also had five grandchildren: Madison, Sean, Ryan, Lea and David.